Oh dear… the 33rd CCAMLR meeting has been, gone and failed once again to establish the Marine Protected Area (MPA) in our beloved Ross Sea. I came to Hobart hoping to pop a cork but it’s now been so long between drinks its getting ridiculous.

Tensions between Russia, Ukraine and the US foreshadowed this year’s meeting. No matter how  how strong the evidence or powerful the arguments, if the leaders don’t want to do business, then business won’t get done, and that’s exactly what happened here.

Progress on the MPA was blocked by Russia, and joining their ranks was China. NZ and US held on to their significantly diminished proposal. Hats off to them and the many other countries that supported the proposal.

CCAMLR is a bit like a global barometre on the health of the planet and while the prognosis isn’t looking too good at the moment I would like to think that it’s not incurable. But think back to 1961 when, at the height of the cold war with paranoia and fear running rife, we still managed to pull off one of the most remarkable international agreements in human history – the Antarctic Treaty.

Today the paranoia and fear comes largely from the race for diminishing resources, but essentially it’s the same beast that was around in ’61 and the challenge at CCAMLR is to tame it. 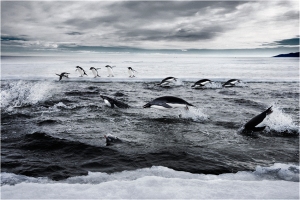 Adelie Penguins in the Ross Sea (photo by John B. Weller)

Watching the repitilian progress of CCAMLR is frustrating and painful. On the good days I think – if we could do it 50 years ago, we can do it today. On the dark days I think the race for resources has  overtaken the good efforts to protect it. The one constant is that there is NO DOUBT about the sense behind protecting Earths last large intact (well it used to be) marine ecosystem.

A glimmer of hope lies in the fact that Russia will chair next year’s meeting. This is an opportuntity for Russia to get results that will bring good repute to their role, to CCAMLR  and to their country. It might be the tipping point we need. There remains a great deal of support for MPA’s in CCAMLR.

Thanks to NZ & US delegations that continue to fight for their proposal – and not giving ground. Thanks also to the all the campaigners and NGO’s on the ground in Hobart working tirelessly for protecting the Ross Sea and making this a better planet.

And finally, THANKS to the Last Ocean community who have seen the film, have spead the word and supported the cause over the years. See you again, same time, same place next year, when that bottle with Ross Sea written on it may come down from the shelf.  In the meantime,hold onto your hopes, what else can we do? 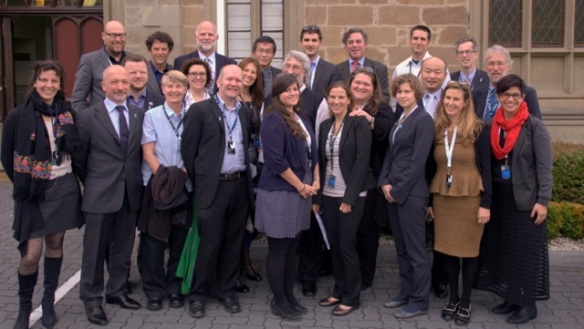 The NGO crew fighting the good fight at CCAMLR 2014

Friends of The Last Ocean

Sign and send a letter to The Prime Minister. Together we can bring change.

The Last Ocean Charitable Trust is a New Zealand non-profit organisation campaigning for the protection of the Ross Sea, Antarctica.

The Ross Sea has been identified by scientists as being the last near-pristine marine ecosystem on earth - a marine laboratory that we can learn from. To find out more about the threats facing this last wild place and how you can help, please visit www.lastocean.org